Cucina di Mamma is a cookbook with recipes from 3 generations of mothers.

It contains a combination of authentic dishes,

that according to ancient custom are passed from mother to daughter,

This BOOK contains a recipe for everyone,

If you are at the biginning of your cooking experience, or a improved cook or you just like to take the time and have your challenge in the kitchen, this book is for you.

The dishes range from classic and festive,

like the recipes for Sunday, which sometimes  requires skill,

to quick and easy, like the recipes for children,

or if you want a quickly preparations for a tasty and healthy meal.

Have fun with cooking!

clik hier to order it ! 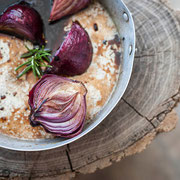 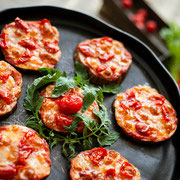 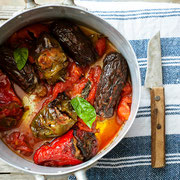 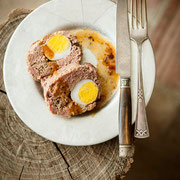 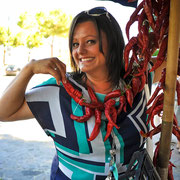 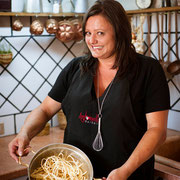 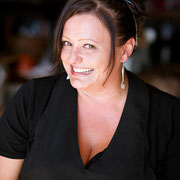 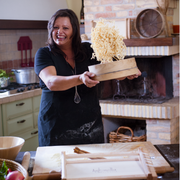 Despite to her busy life my mother was a fantastic cook.

She liked to indulge my dad and us, the kids, every day with compleate meal consisted of at least four courses: we never had a cold meal on the table!

By lunch she always served various raw or cooked vegetables and a secondo consisting of meat or fish. And of course, a mail dish of pasta never missed!

In the evening we always started with a light soup to warm the stomach and then we got meat or fish, always with a contorno in the form of raw or cooked vegetables or pickled in oil.

Only on Saturday, when my mother went to the market and had also little time to cook, we got a simple meal: rice with butter and ricotta or fresh chees (produces form the local farmer) with a fresh salad and seasonal fruit. 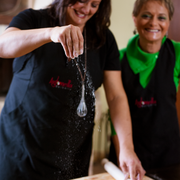 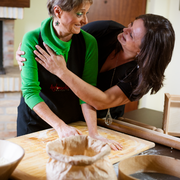 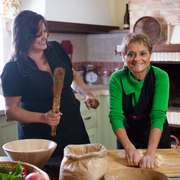 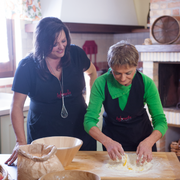 ... Is still impressed in my memory..

as usual I was with grandma in the kitchen,

looking her stirring the spaghetti that were cooking in a pan.

I left her bored after a while, and went back to play.

"What shall we eat today?"

"I have no appetite for spaghetti, grandma!", I said.

Grandma picked me up, took with her other hand a large wooden spoon,

put it in the pan with boiling water, and what she fished out?

BOMBOLOTTI! (I loved bombolotti, a type of pasta from Abruzzo

which is similar to the short cannelloni.)

I could not believe to my eyes.

"Do you see that? I have transformed the spaghetti in your favorite pasta!

I've loved my grandmother, but after this magic trick I adored her!

She had a miraculous gifts!

Sometimes I think that this was actually the day my culinary career started ... 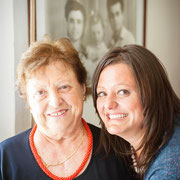 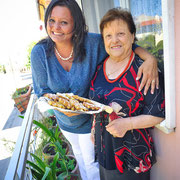 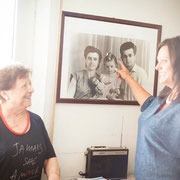 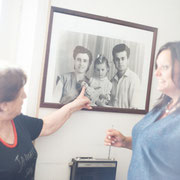